Alongside Captain Dacosta’s diary, a small set of personal artifacts were found. He sketched some of the items in his diary, providing an authenticated, physical link to his journey and life.

The loose beads seen here were part of the belongings of Captain Antonio DaCosta, the captain and sailor. It is a collection of glass trade beads, bone beads, and other beads of various sizes.

Trade beads began to appear around the 15th century, when Portuguese traders arrived on the coast of West Africa, looking to exploit its including gold, slaves, ivory, palm oil, and other resources. The glass beads, a major part of the currency exchanged for people and products, proved to be a cheap form of currency for Europeans. They were made in places like Venice, Bohemia and the Netherlands. The beads were popular as glassmaking was uncommon in Africa, making them unusual and precious. They were particularly valued and sought after in West Africa. Trade beads were not of a set form but were produced according to demand, which could vary from region to region, village to village, resulting in many thousands of different designs.

It is thought that these remaining beads were part of a much larger set, likely strung on a number of necklaces and stored as money by DaCosta. 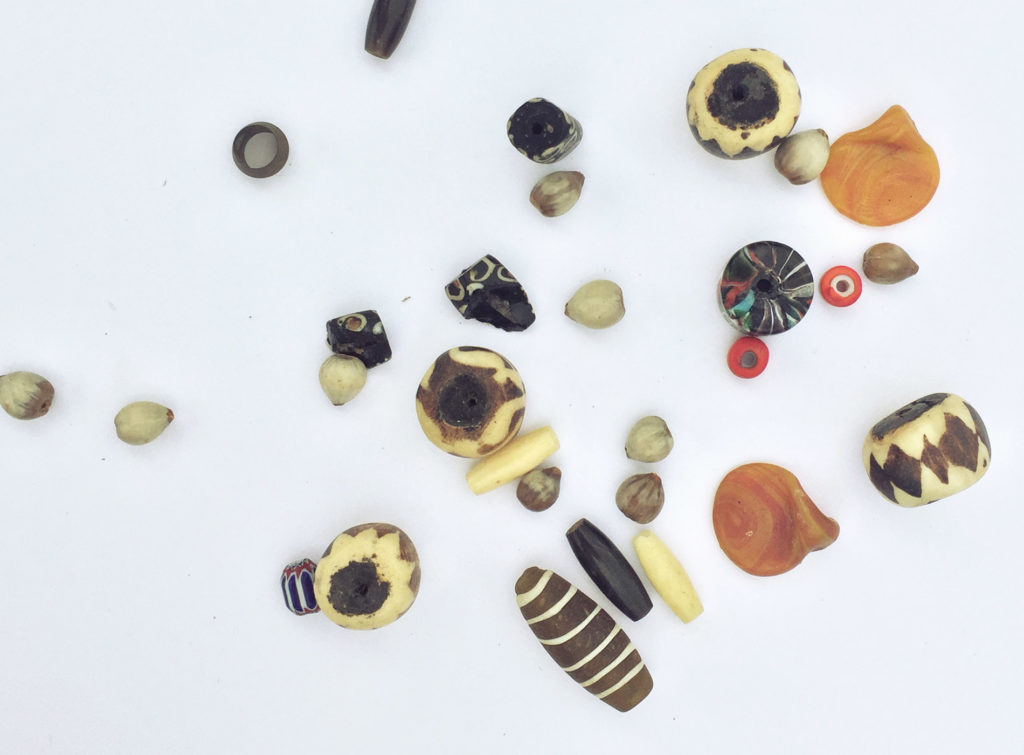 Ivory letter opener, likely made in Japan for trade to Europe. Found among DaCosta’s belongings and letters. Though worn down, the handle appears to show a woman and bamboo leaves. 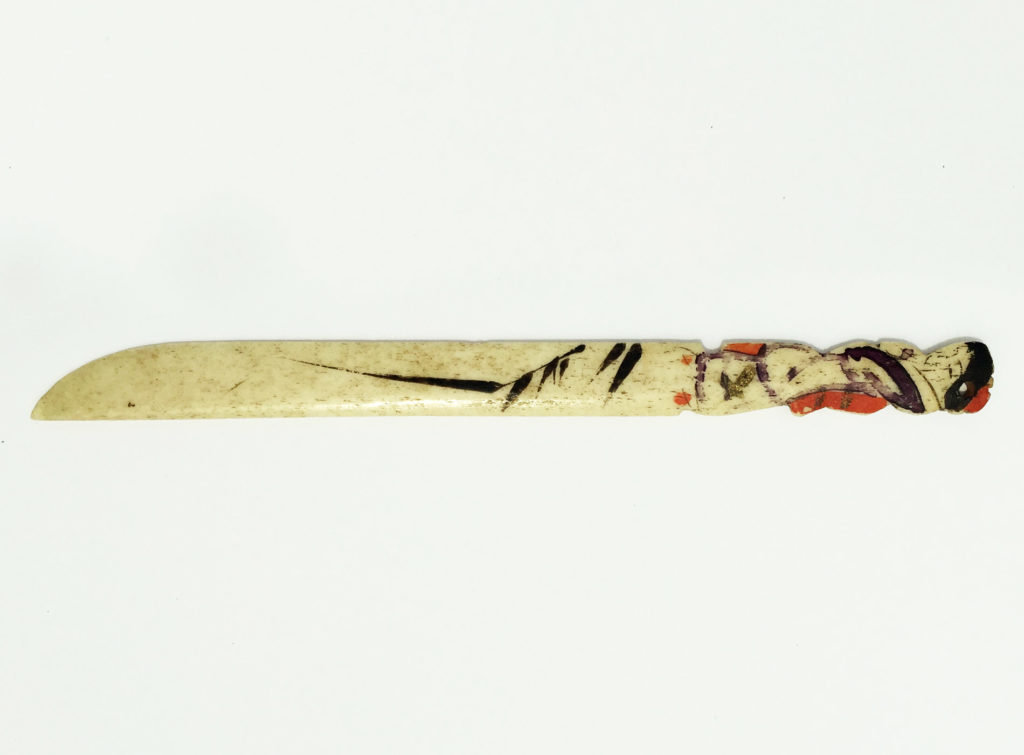 Keys to a lockbox or door, found among DaCosta’s belongings in Japan.

Some historians see the increasing use of keys and locks on boxes, homes, and other private areas as a consequence of the move toward capitalism and private ownership of goods. This is especially true of the Portuguese voyages to China and Japan in the Age of Exploration.

A set of green glass trade beads, bone, and coconut beads, found among DaCosta’s possessions. After discovery, they were restrung to demonstrate their original condition as a necklace. 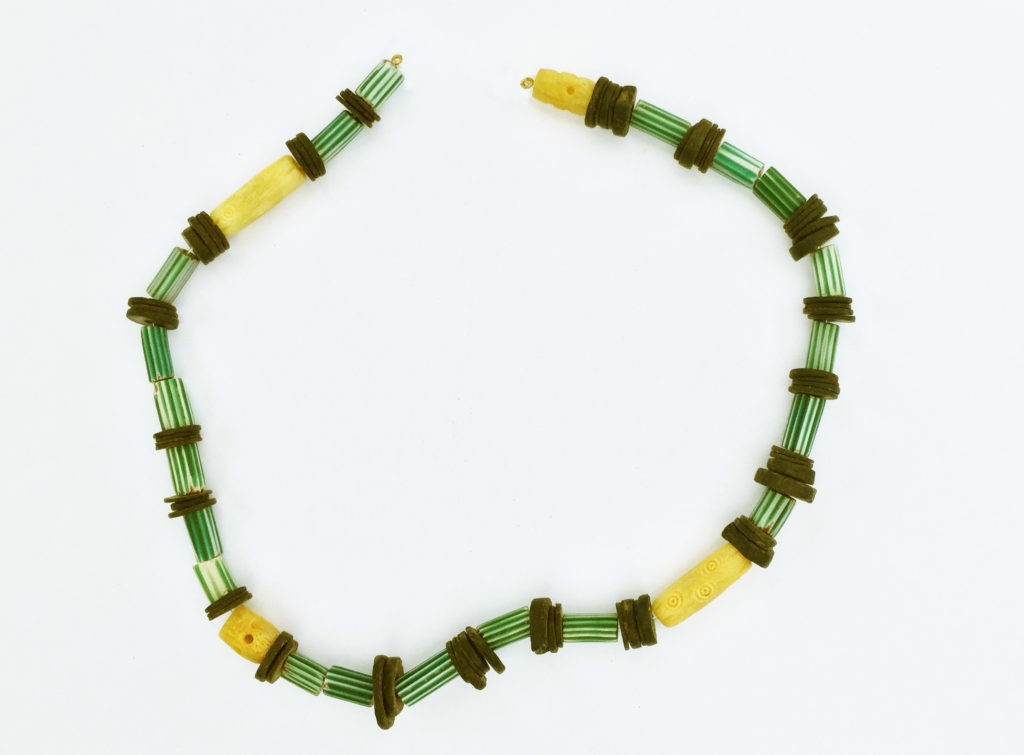 A large tobacco pipe. The Spanish introduced tobacco to Europeans in about 1528, and in the next two decades, it spread widely across Europe. The Portuguese brought tobacco to Japan in 1542. This large wooden pipe was found among DaCosta’s possessions. 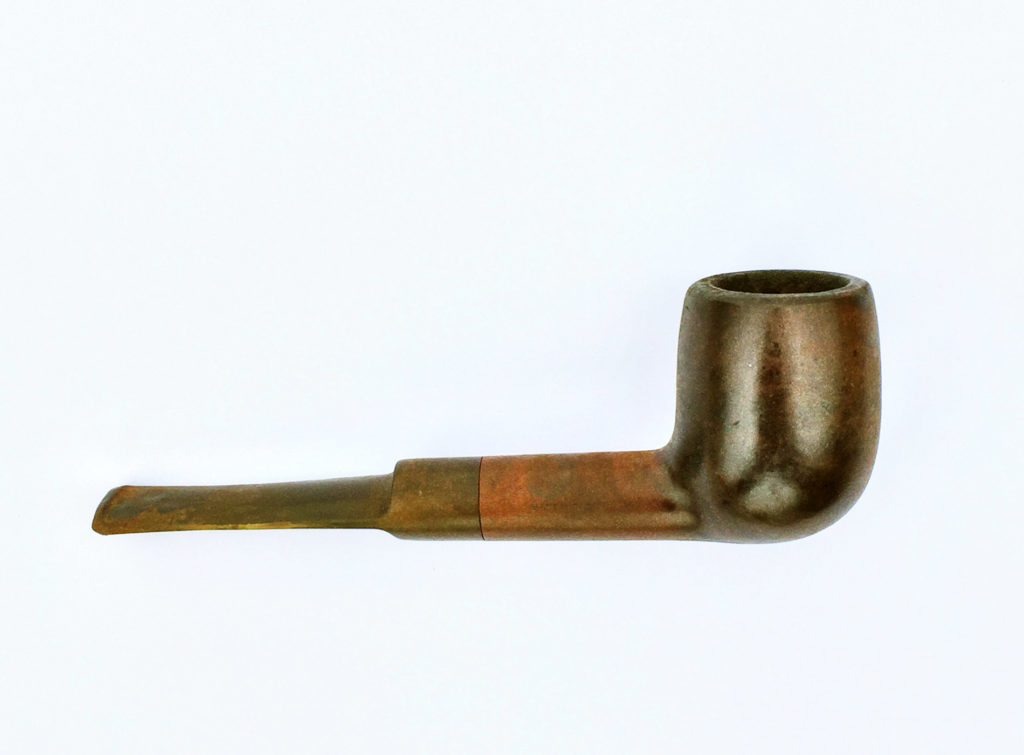 Carving of a Rhinocerous with White Eye

A simple wooden carving of a rhino, likely purchased or found in East Africa during Dacosta’s stop there. A small amount of white paint is still seen on the eye. 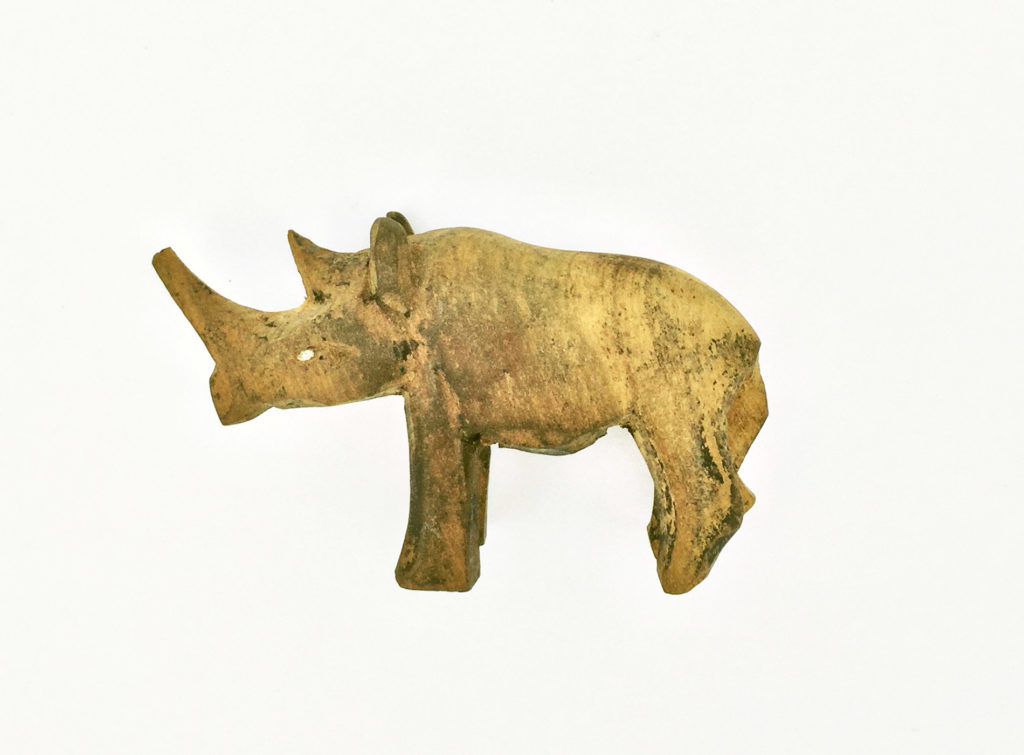 Carving of a Rhinocerous

A simple wooden carving of a rhino, likely purchased or found in East Africa during DaCosta’s stop there. The detailed carving around the large eye is still visible. On one of DaCosta’s sketches, you can see his drawing of this carving, another way his diary and illustrations were authenticated. 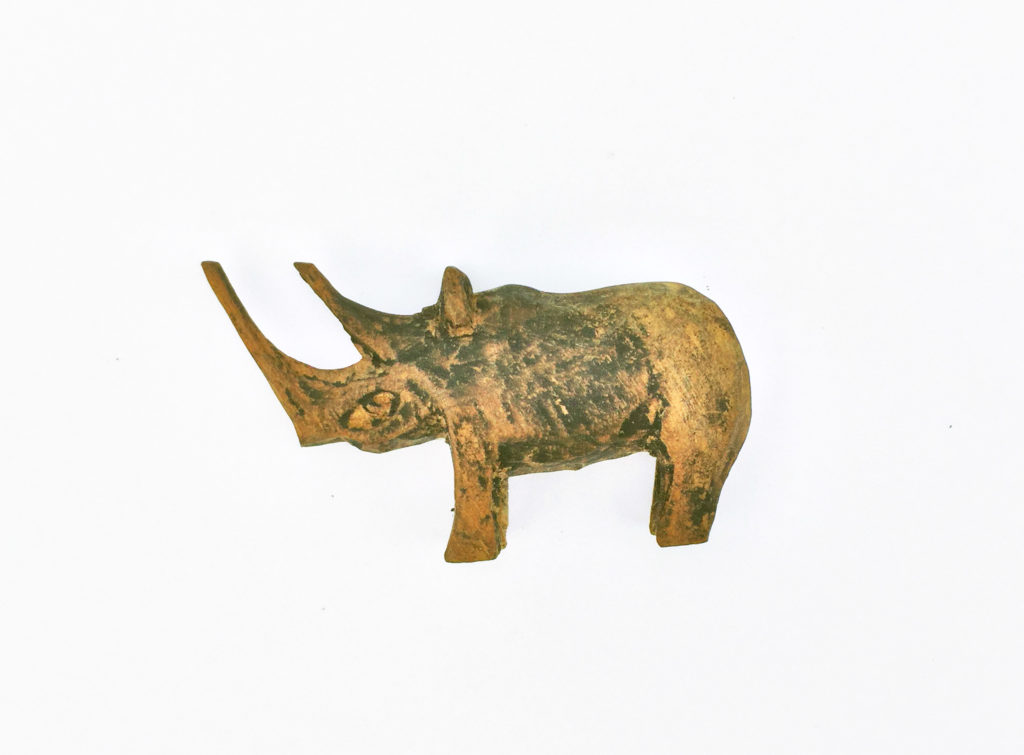 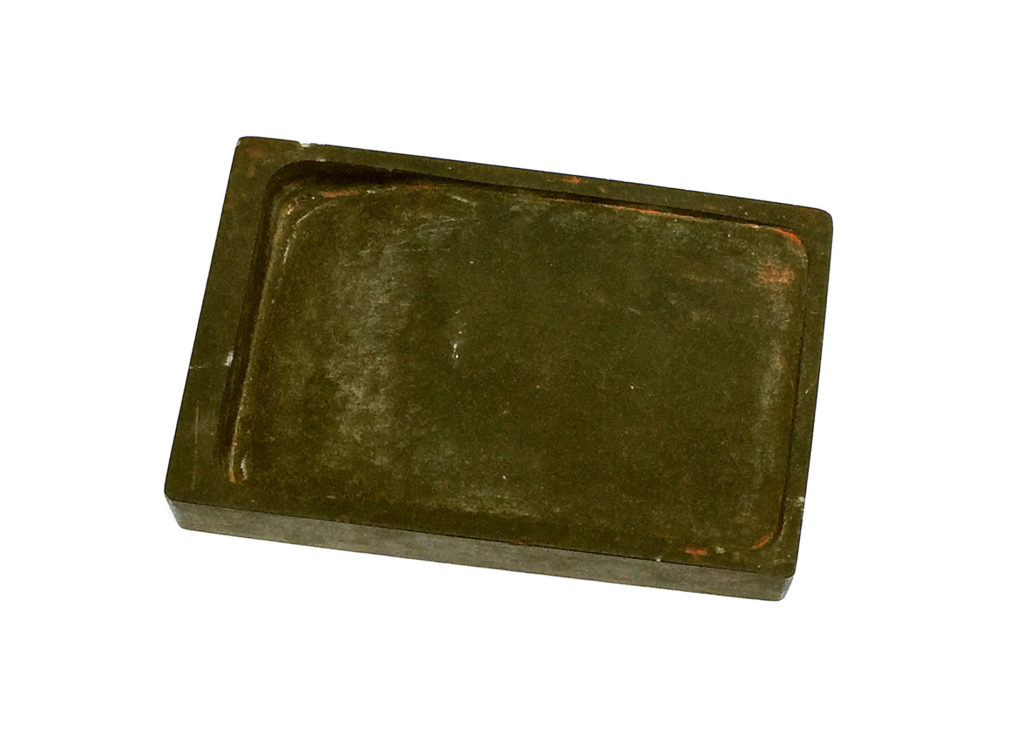 A small dish with ceramic and metal inlay. The metal bowl features a beautiful pink flower pattern on the lid, and a green interior. 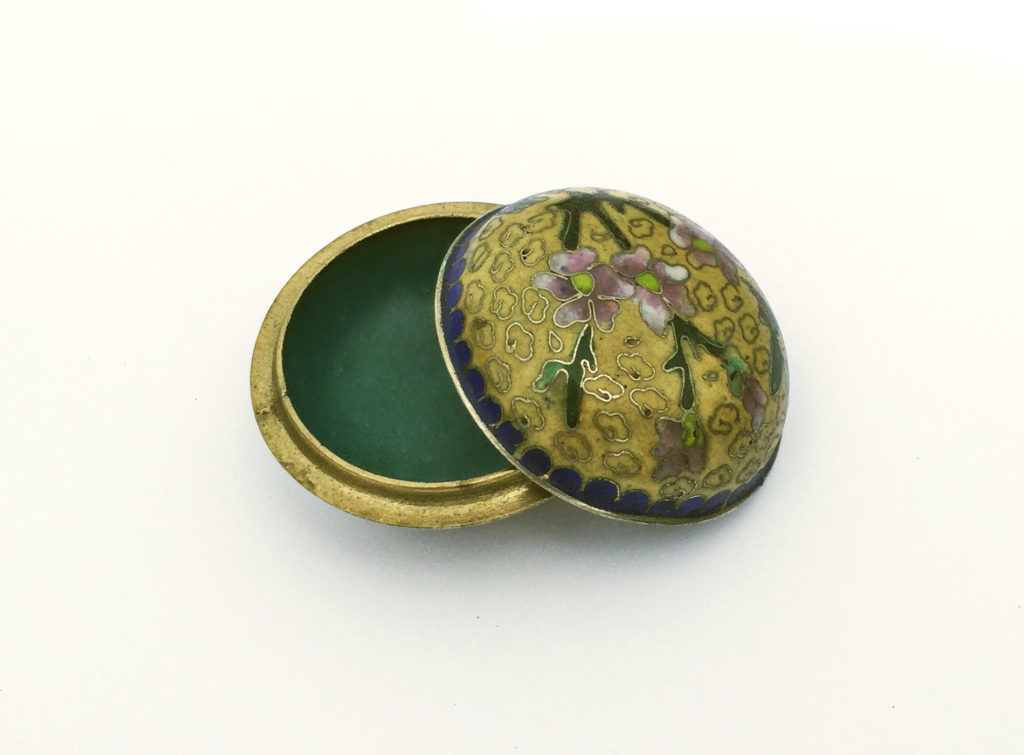