Ali Bey and the Sack of East Africa

In 1585, the Ottomans were confident after their capture of Egypt; they decided Muslim control of the African coast would be beneficial to their Empire. The Ottomans sent the pirate Ali Bey to burn Portuguese outposts and incite the Africans to revolt. His ship sailed south from the Red Sea, intent on robbing and sacking the Portuguese possessions on the East African coast. It was commanded by Sir Ali Bey. He is variously called a corsair, a pirate, and a commander.

His first target was a merchant ship commanded by Roque de Brito Falcáo. It held a valuable cargo. Roque De Brito set anchor at the island of Lamu, where a Muslim ruler promised him shelter. In fact the ruler sold him out to the Turks, who overpowered the ship and took control of all the cargo, also hoping to ransom Roque de Brito. Many other Muslim rulers along the coast hoped that Ali Bey would bring more Ottoman support for their struggle against the Portuguese. His success in reducing the heavy Portuguese taxes and trade rules made him a hero.

Because of the strategic importance of Mombassa, the commander of the Goa fleet, Mateus Mendes de Vasconcelhos, brought his fleet from India to bombard the city. The Turks had set up a small fort at the entrance to the harbor, but they were quickly overpowered and fled. Two of their ships, laden with gold, slaves, amber, and other trade goods, were seized by de Vasconcelhos’ troops.

At the same time, the Zimba people from the Zambezi, attacked Mombassa from the mainland. They had a reputation as cannibals, and had been conducting a campaign of conquest up and down the entire coast. It is likely they were paid or encouraged by the Portuguese to attack the Muslim communities on the coast, as retaliation for their uprising. Mombassa was completely sacked.

Those who survived the massacre, including Ali Bey, fled to the Portuguese ships, begging for safe passage. He reportedly said’ “I am not frightened by my adverse fortune, for such are the vicissitudes of war; I prefer being a captive of the Christians than being eaten by the barbarian Zimbas.” de Vasconcelhos received Ali Bey into his protection.

The fort at Mombassa, Fort Jesus, was rebuilt and fortified after this campaign.

Drawings of Ships from Two Cultures

A comparison of folk art drawings of Portuguese ships, by Africans and Portuguese in the 15-1600s. 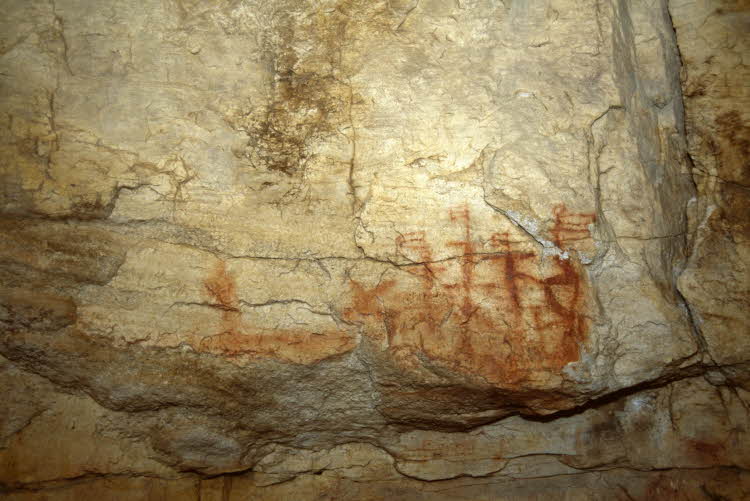 Rock painting of a Portuguese ship

A handful of rock art depictions of sailing vessels likely painted by South Africa’s indigenous San and Khoi peoples. Their art reflects the contact between them and European mariners after the end of the 15th century. 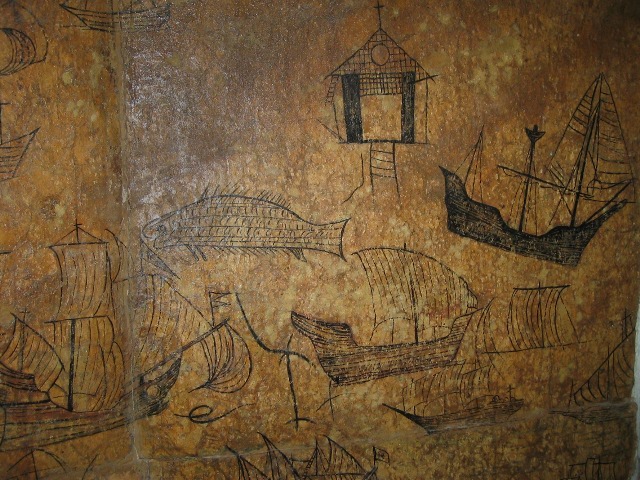 A panel of Portuguese grafitti inside a room at Fort Jesus, depicting ships, chameleons, fish, and soldiers in armor, completed with ochre and carbon by Portuguese sentries.