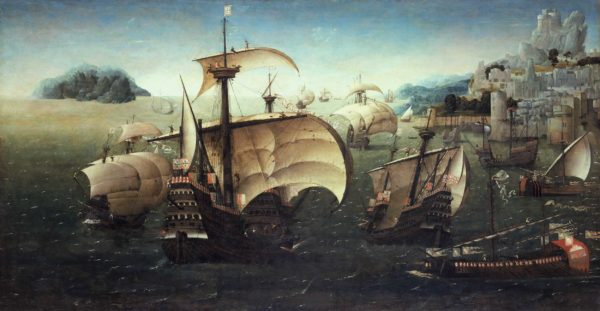 Portuguese Carracks off a Rocky Coast 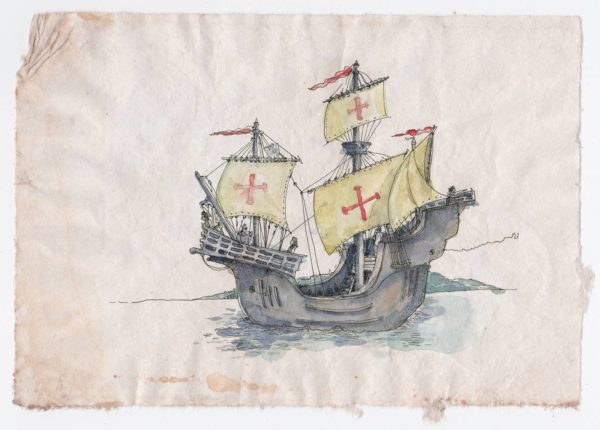 A Carrack with Yellow Sails on the Water, 1596 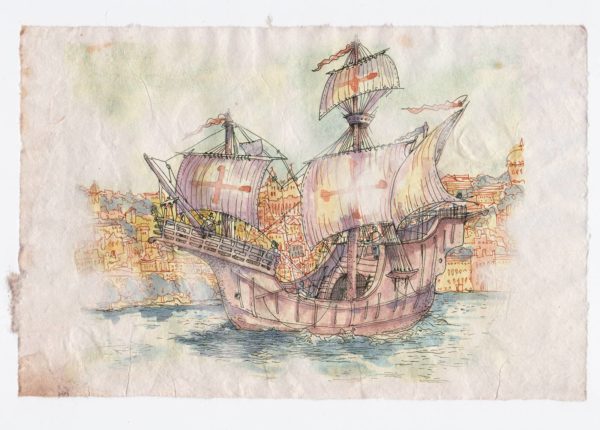 A Carrack in Harbour 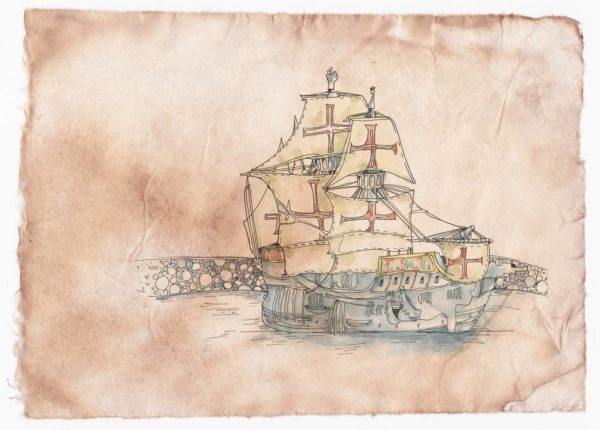 A Blue Carrack in Front of a Seawall 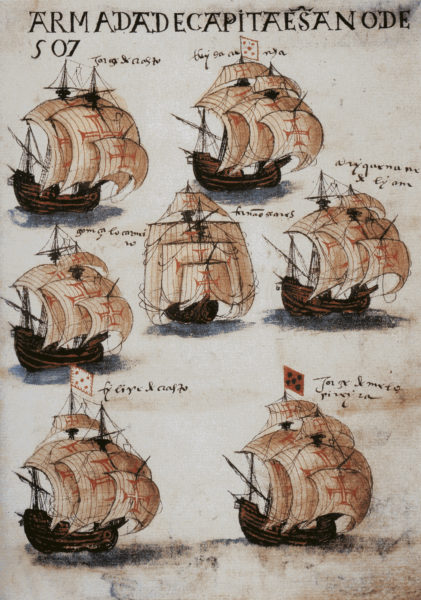