We entered the port of Cochin this past week. The captain is too sick to walk. He gives orders from his bed, telling anyone who will listen that he was chosen by the King to lead this mission. The men laugh at him. Some have asked me, discreetly, how long he can continue to claim the captaincy in that condition.

We visited St. Francis Church. Vasco De Gama died in the year of the Lord 1524, and was buried here until about 50 years ago, when his body was sent back to Lisbon. The Maharajah of this place is called Keshava Rama Varma. He works closely with the Portuguese here, and our trade routes are all the better for it. 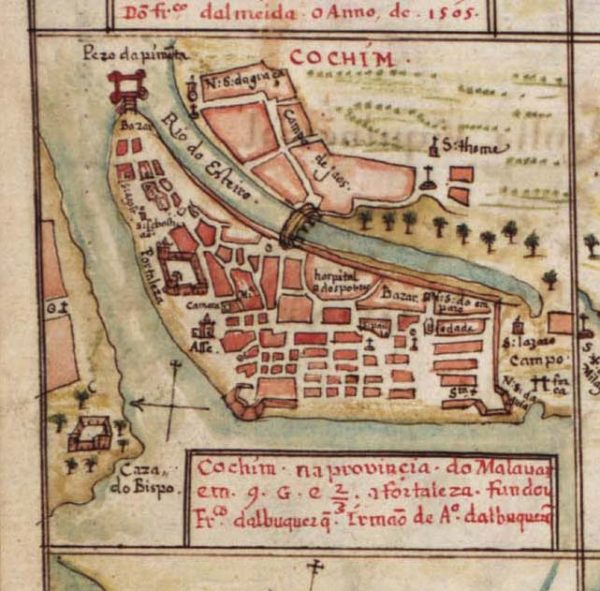 The monks said prayers for the souls of my friends Pedro and Affonso de Loronha, Gomez Taviera, Ruy de Sousa, Symão Torres, and Pero Fernandez. The transit of the ocean between Mombassa and Cochin has been rough, and many men have fallen ill with mal de Luanda, other ailments, and one accident in the rigging. We lost 33 men in the crossing to Cochin, and another eight who passed away after we made port.

The surgeons looked after the men as best they could, but we were all afflicted to a degree. Twelve of the dead were black sailors. Neves took an account of their belongings and noted any last wills and testaments they provided. The priest in Cochin had them all buried in the church graveyard. Cold comfort after their aid in the journey here. 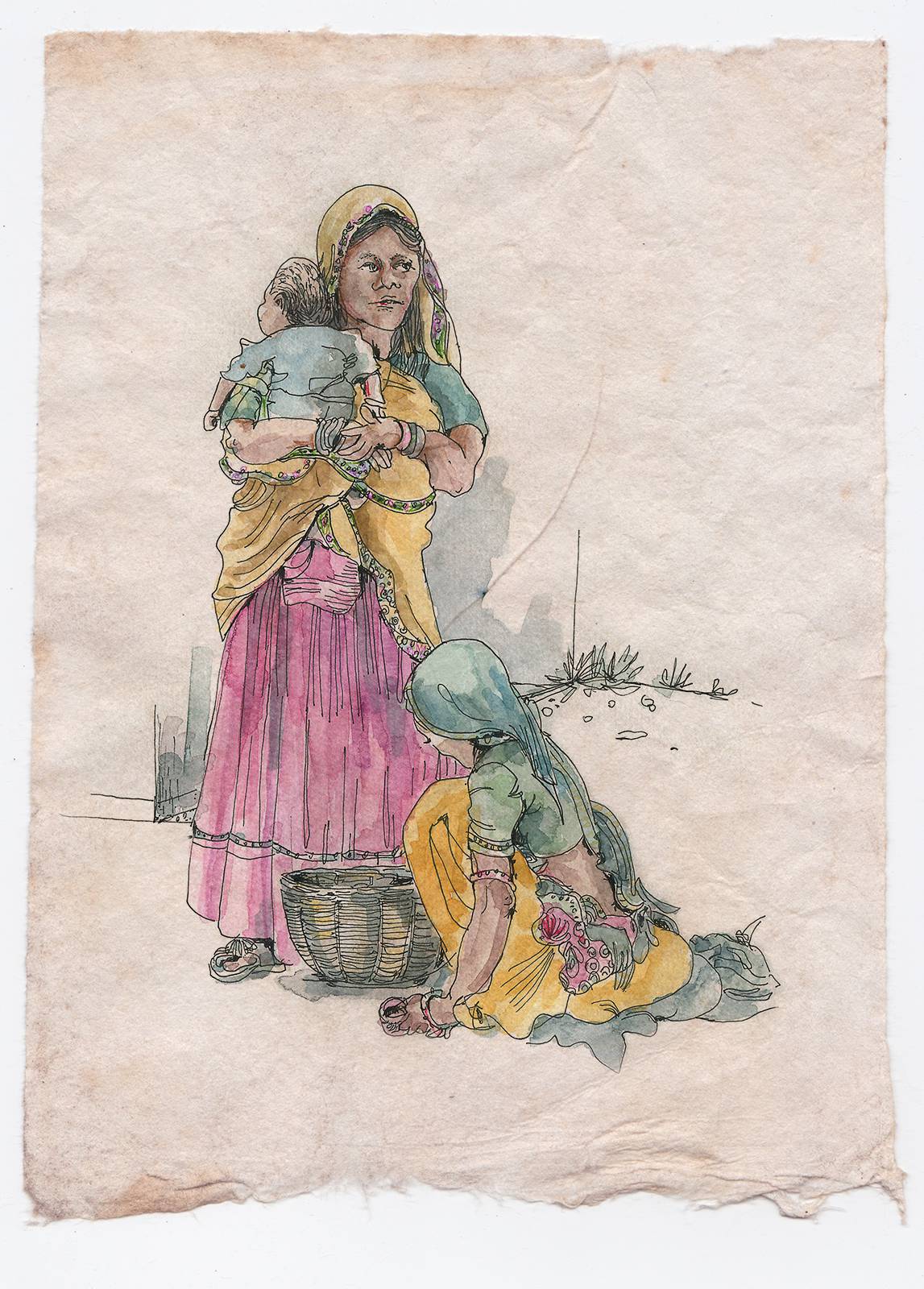 An Indian Woman with Children

Those Indian converts to Christianity in Cochin have been terribly abused by the Church. Impossibly, the Inquisition has reached across the deserts of Arabia, to this lush garden. Even the white Portuguese in Cochin joke bitterly about the Christian Church. They say only the most idiotic religious graduates are allowed to become Inquisitors. 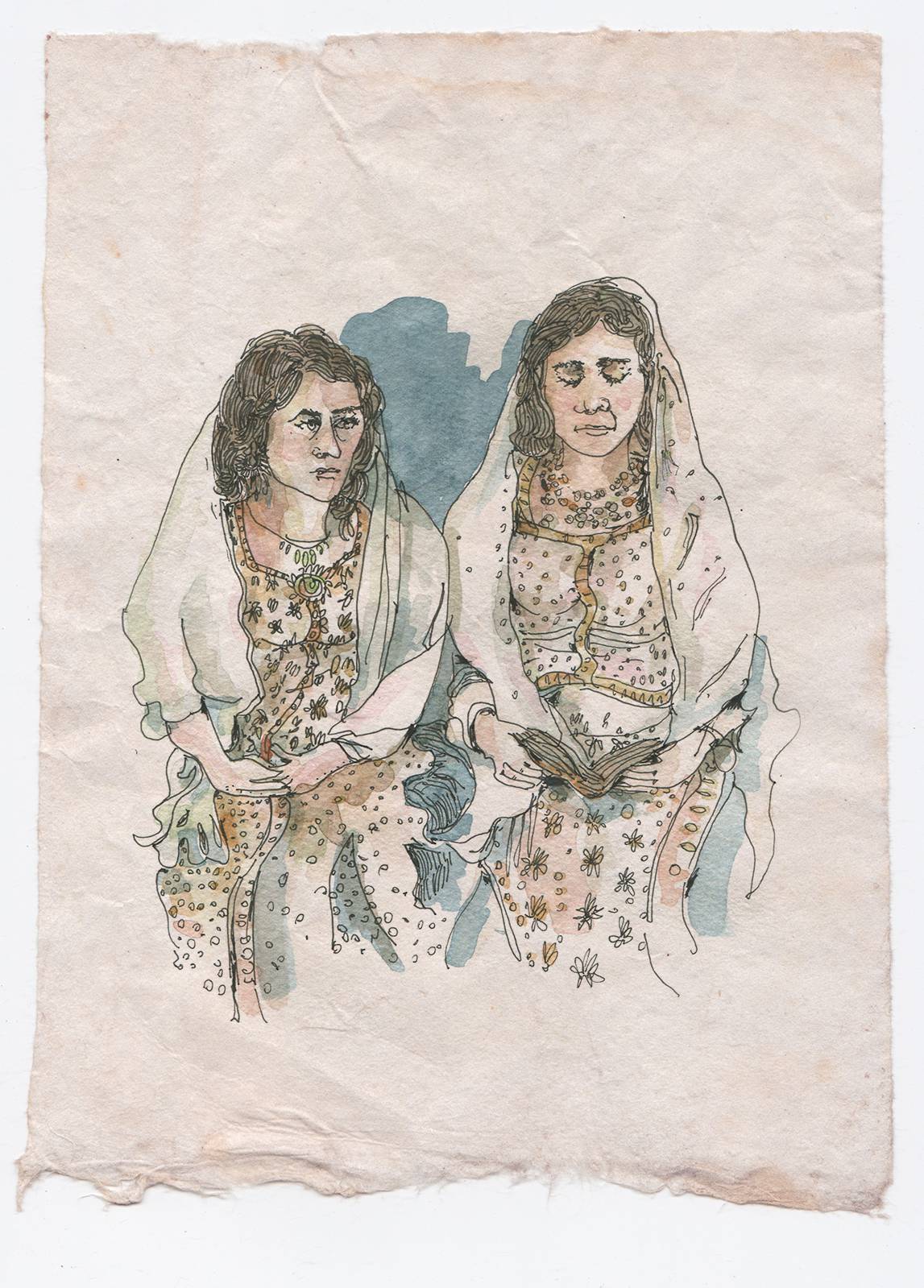 The people of Cochin are varied, all colors and shouting as they conduct business under the hot Indian sun. There are a small number of Jews and Africans living in Cochin, wrapped up in the flow of the town. It’s the lascarim who intrigue me most, however. These men sign themselves away for years at a time on the voyage to Japan and Macao. What privilege is there in leaving their homeland, such a verdant place? In any case, we enjoy their company, especially their wonderfully accented Portuguese. 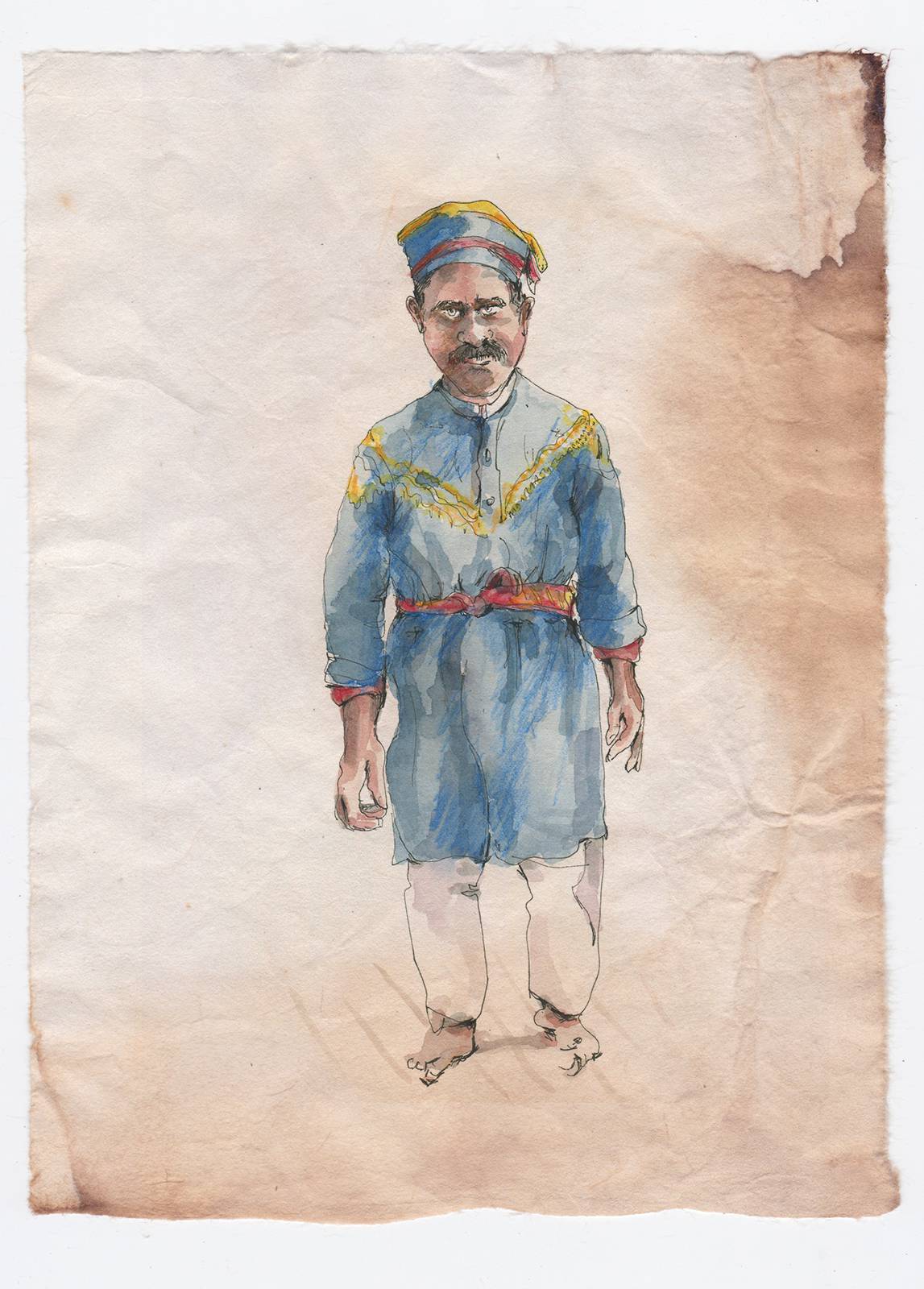 A Lascar Sailor from Cochin

Trading in Mombassa - July, 1596 In Mombassa, the land rears up and palm trees hang together, as if watching for incoming ships. Control of the Ship - 1597 We left Cochin in the morning, under a grey sky. The mood on the ship was tense.