The Goddess of Macao

I will retell a wonderful tale for you, told by Mei Tiu, one of the Chinese here during our visit. Her Portuguese is excellent, having been a translator for our trade missions for some years now.

While we waited for evening to come, we sat and drank some local tea. She asked me if I knew the story of the name Macao. 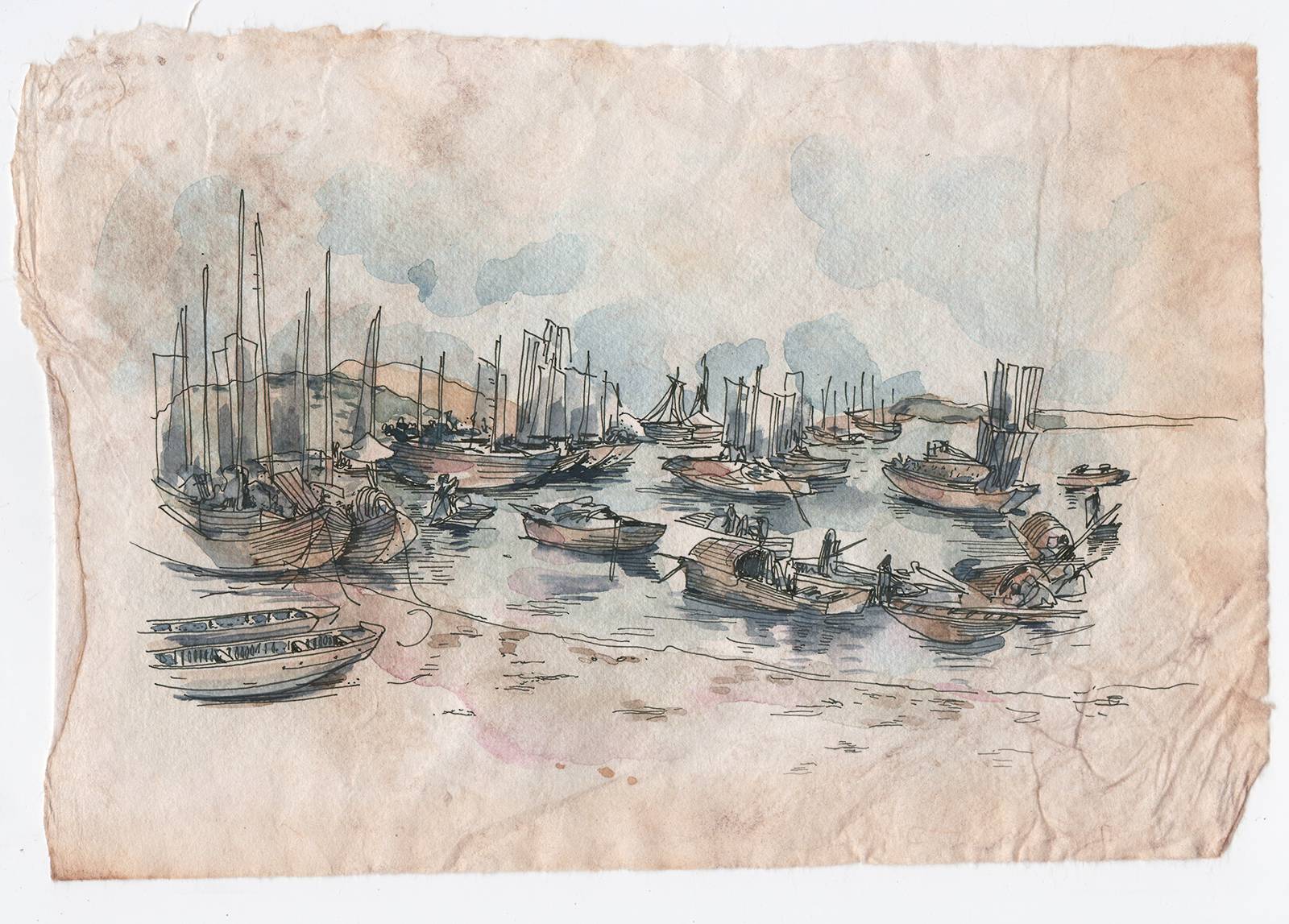 Many years ago, Chinese legend tells of a poor woman who lived in the area. She had gone up the coast to market but did not sell a single thing. As the afternoon sun set, she desperately tried to get back to her home. At the docks, the woman asked many junk captains to allow her aboard; none of them would give her passage. She had no money to pay her way, after all. Finally, with some pleading, she found space on a kindly fisherman’s boat. 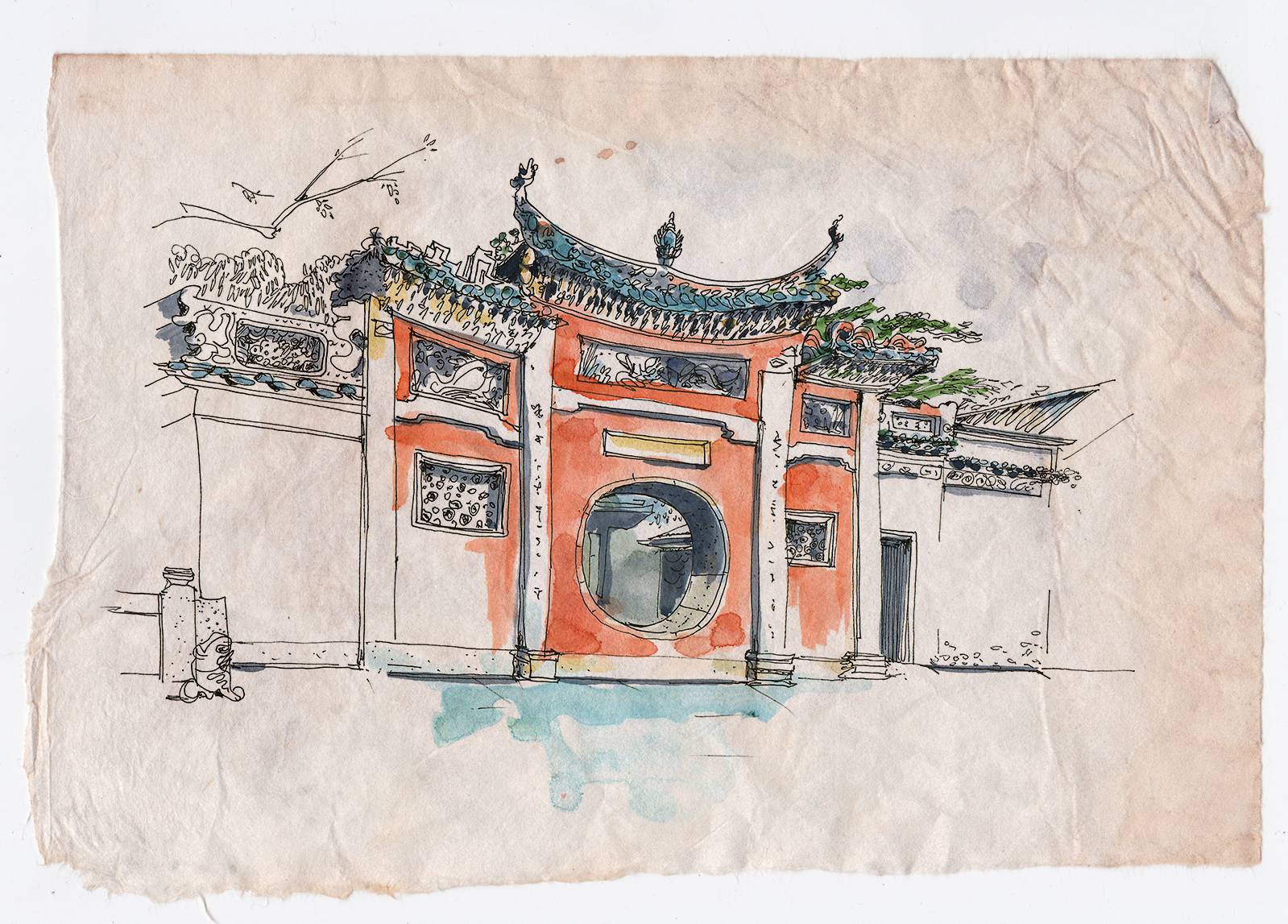 A Sketch of Amacao Temple 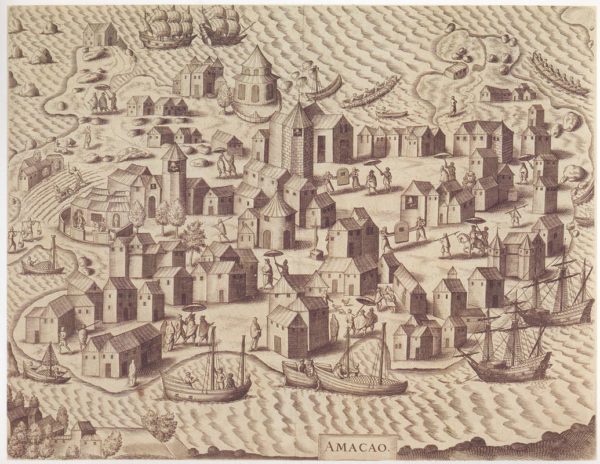 An Illustration of Amacao, or Macao

An Illustration of Macao, showing foreigners carried in pallanquins and under umbrellas.

As they were sailing home, a storm came up, destroying all the other ships and putting the fisherman’s junk in great danger of sinking. In the face of driving rain and wind, the woman stood up on board and commanded the storm to stop. She drove the storm away, almost as quickly as it had risen. When they reached shore, the woman leaped off and walked up from the sea to a hill above the water. There, a beam of light came down and carried her up to heaven. The people of that village built a temple to honor her, calling it Ah Mah.

When the first Portuguese came here, they asked what the place was called. The people replied Ah Mah Gao, or Ah Mah Bay. Our tongues struggle with this language, so we shortened the name to Amagao, or Macao.

I asked Mei Tu if she believed the story. Laughing, she replied that perhaps if I agreed to take her with me on the voyage to Nagasaki, she might prove it. 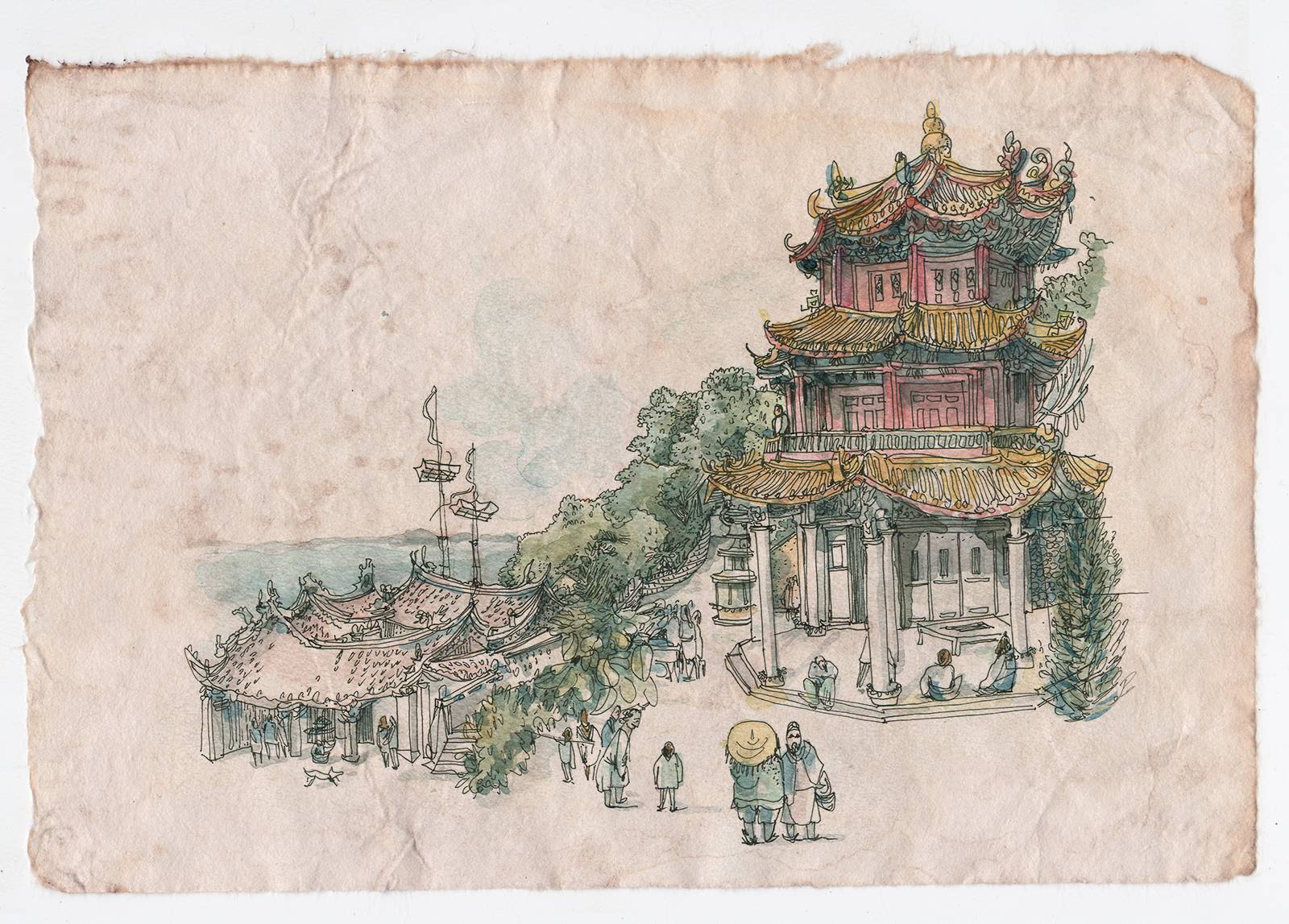 A Temple in Macao

Boxes and Birds - November, 1596 I happened to meet an African trader here in Macao, Luis Menezes. My Observations of Life & Trade in Japan Chapter 4