The People of Macao

We entered the port of Macao this past week. My men spent the day walking the streets of Macao, quietly amazed. There are so many rich women and men in this port. Those Portuguese who live here wear fine-fitting clothes; even servants and maids dress brightly. I saw a group of women here wearing what is called a kimonoe, from Japan. From the amount of it on the markets and in the streets, clearly silks and other finery covered in detailed patterns, flowers, and animals are in fashion. 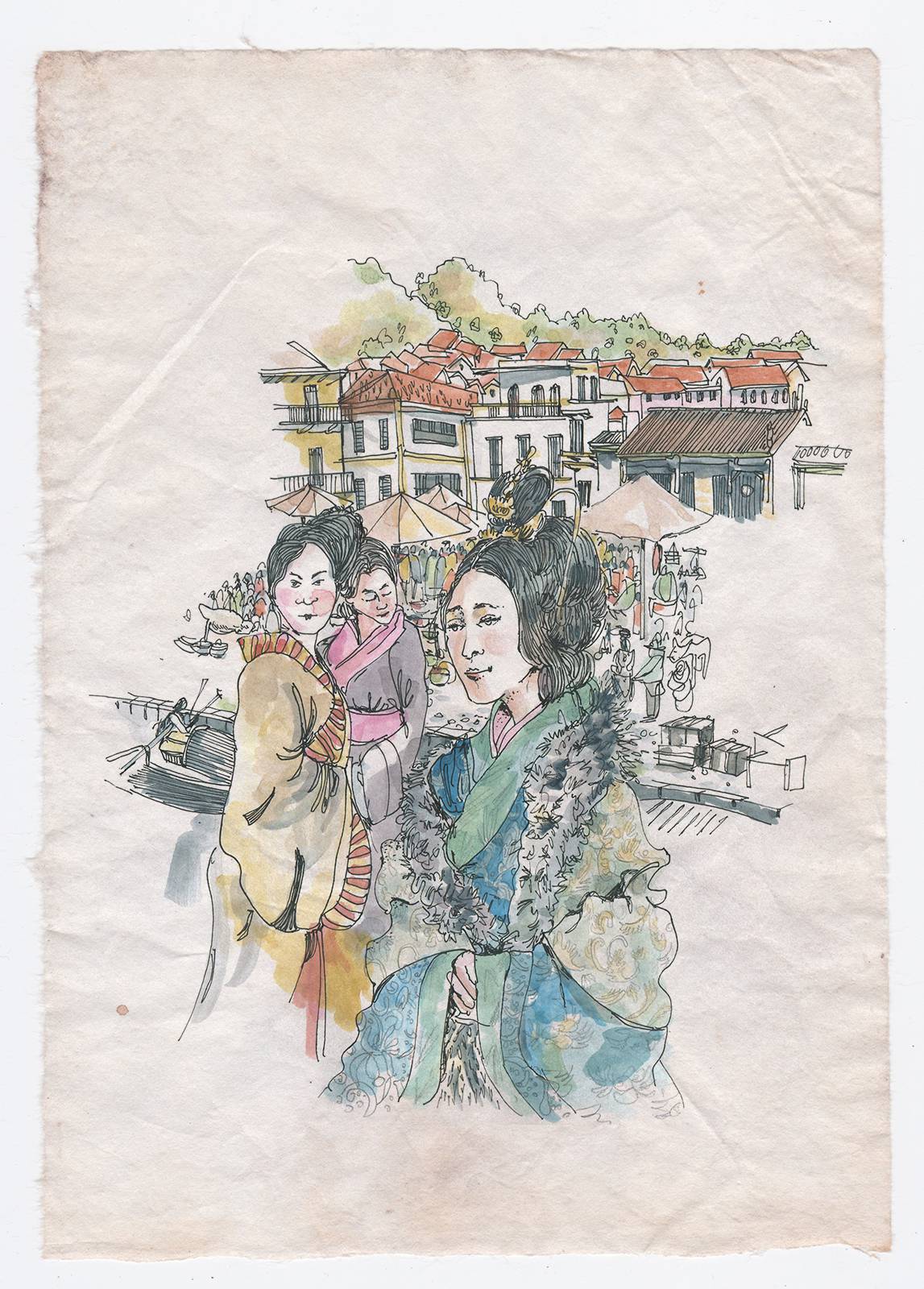 There is a small Japanese community here. Until recently, they had a poor reputation as pirates on the China Sea. The Japanese daimyo Hideyoshi has started a system of official permits, called the red seals, to stop piracy and violence in these waters, but it continues on occasion. Because of the bad blood between the red seal ships and others in the region, we are instead trusted by both Chinese and Japanese to deliver and trade goods to Nagasaki. Each country has heavy regulations on each other regarding trade and negotiation; Portugal makes much profit by acting as a middleman in their petty rivalry.

There are some thousands of slaves among the Portuguese here in Macao. Most of them are Africans and Moors, but there are also many Koreans and Japanese who belong to the Portuguese. Walking in some parts of this city, I see how deeply Portuguese intentions have been duplicated, all over the world. The daimyo is constantly complaining to the Chinese here, demanding that the trade of Japanese slaves be put to a stop, but their edicts fall on so many deaf ears. Lisbon was no different. The market for human bodies stains the earth like spilled ink. 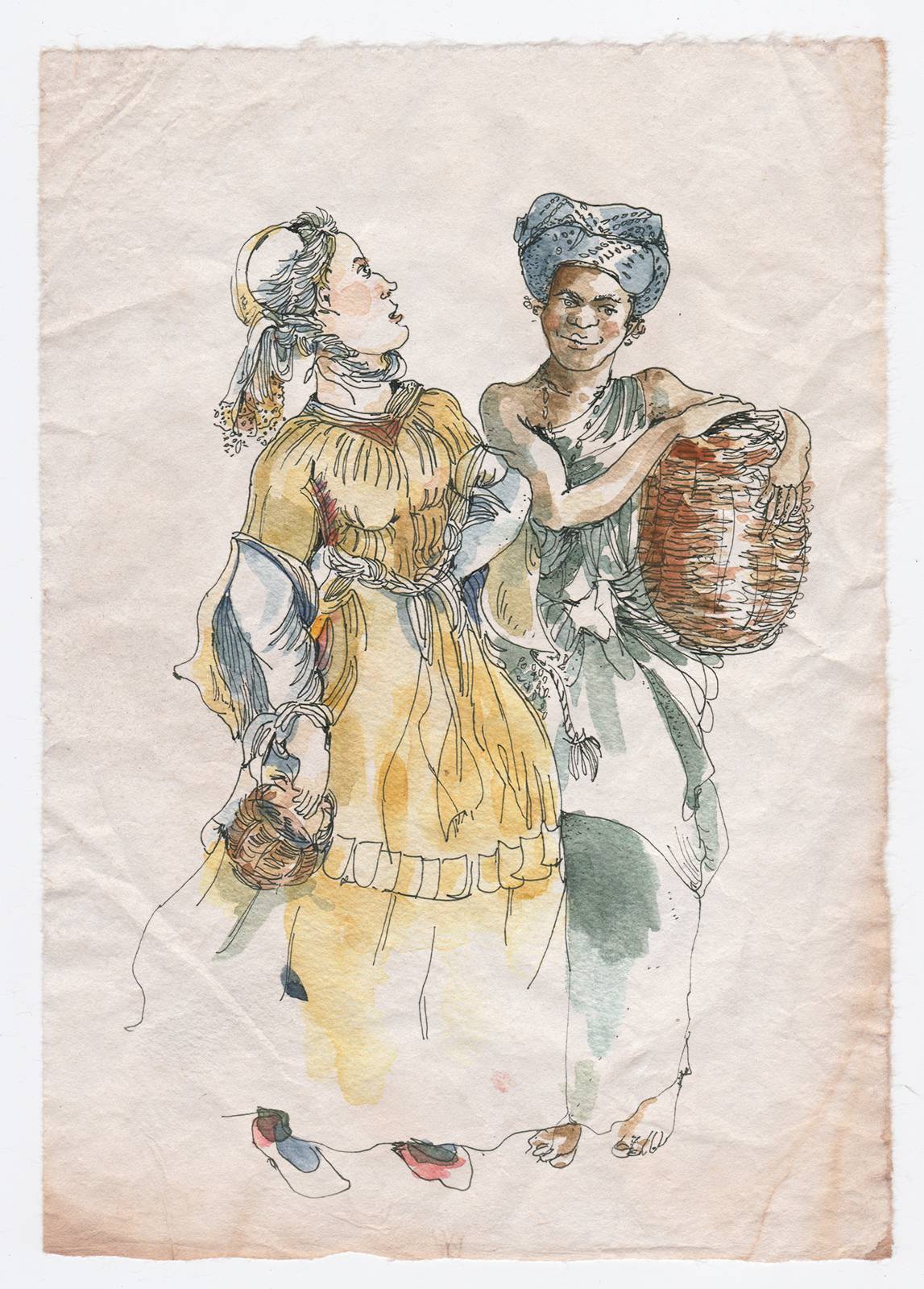 Control of the Ship - 1597 We left Cochin in the morning, under a grey sky. The mood on the ship was tense. Boxes and Birds - November, 1596 I happened to meet an African trader here in Macao, Luis Menezes.